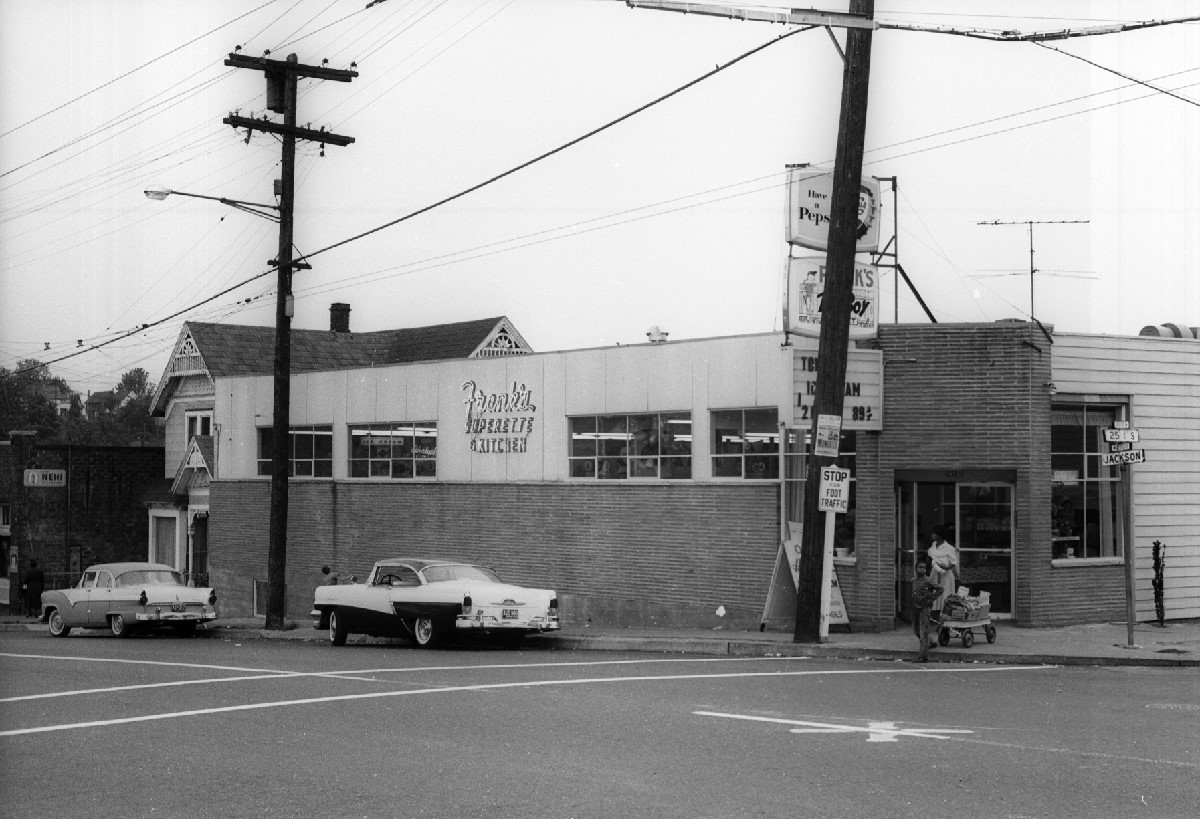 Two Big Blondes has made its home at 25th & Jackson in Seattle's Central District since 1999 - two years after it opened in its original location in Georgetown.

2501 S. Jackson Street was the home of Frank's Superette, which anchored the corner of 25th Ave S & S Jackson street for three decades, from the late-1950s through the late-1980s. The shop was owned and operated by Frank Louie, who had immigrated from China and moved to Seattle in the 1930s. As a grocery store & lunch counter, many Central District residents still recount running to the store for their parents, and Frank’s fried rice is legendary. The Louie family still owns the property today.

In the 1990s, Chicken Soup Brigade (now part of Lifelong) used the building for their thrift store location, supporting the work of the non-profit to bring food and other essentials to community members living with HIV/AIDS.

The Central District (or CD, or Central Area) is a historically African American community. One of Seattle's early settlers - a name we don't know nearly as well as white settlers such as Yesler, Denny, or McGilvra - was William Gross, a Black man who purchased a large area of the Central Area in 1860. He allowed other Black residents to build homes & businesses on his land, and the Black community continued to grow here as racist housing practices & redlining laws restricted Black homeownership in other Seattle neighborhoods. The Central District and nearby Chinatown / International District were also home to Asian and Jewish populations due to similar exclusionary housing practices throughout Seattle.

Jackson Street is known for the jazz scene that was nurtured by the unique political and social climate of Prohibition and the 1920s. As a unique part of Seattle’s nightlife, Jackson Street's jazz scene was a catalyst for racial mixing and comradeship. Historian Quintard Taylor remarked that the Jackson Street clubs “were the only places where well-to-do white businessmen and socialites met black and Asian laborers and maids as social equals.” While the musicians on Jackson Street were mostly Black, they played for crowds of whites from all over the city as well as for Blacks and Asians.

Two Big Blondes honor the diverse history of our location and neighborhood. We honor the Black residents of Seattle and the Central District that founded, developed, and continue to bring life to our neighborhood. We honor our history AND future as a monthly contributor to Real Rent Duwamish and Africatown Community Land Trust's Black Business Fund.

Jazz on Jackson Street: The Birth of a Multiracial Musical Community in Seattle 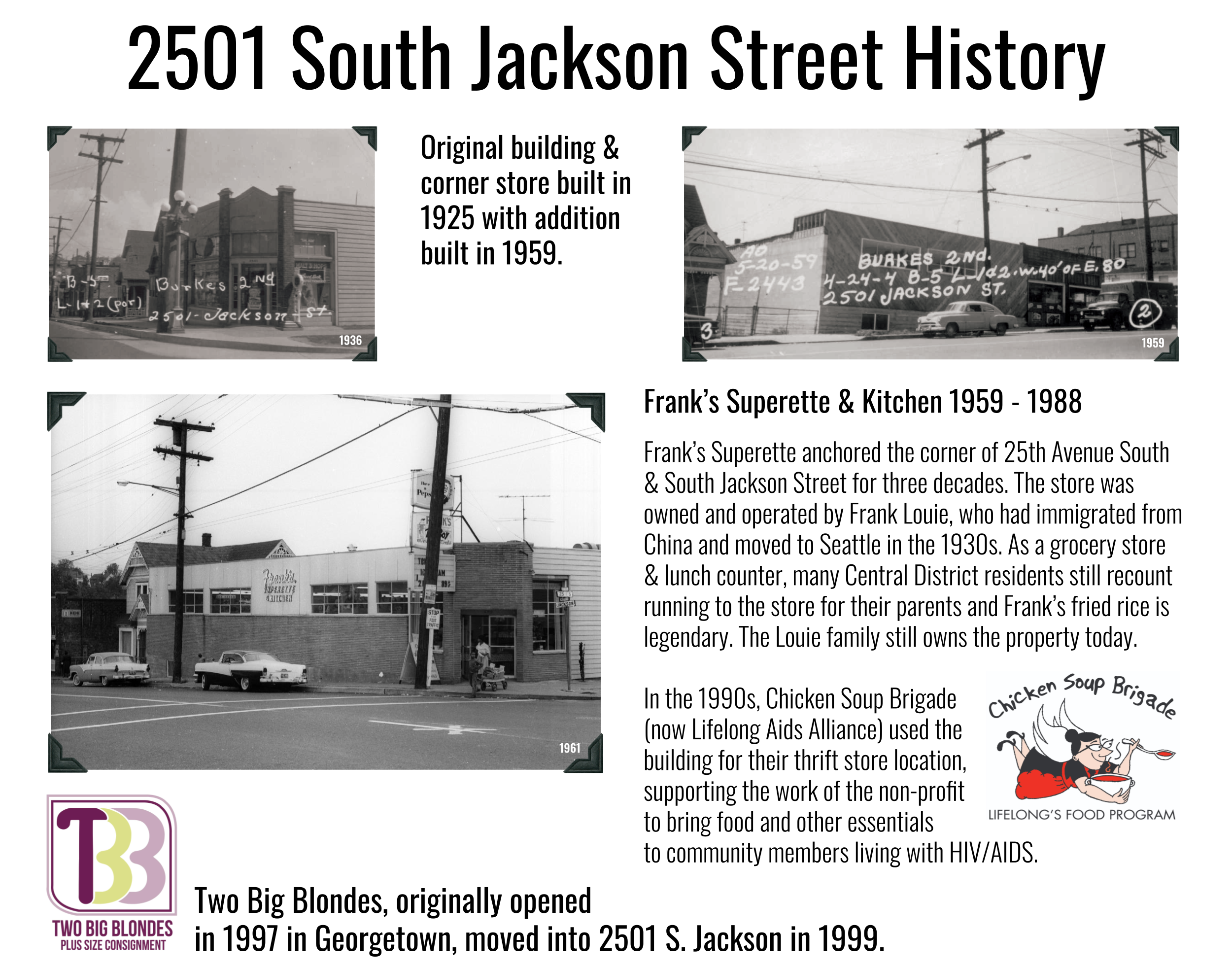